WHAT YOU NEED TO KNOW ABOUT UBO #2: How Technology Reveals UBO

Dubbed the world’s most innovative industry, financial crime is opportunist, cunning and continually evolving. As criminal masterminds add to their crime toolkits, exploiting emerging technologies, digital and cyber currencies, and complex international ownership structures, it’s easy to think that following the money trail and uncovering those responsible is unachievable, or the domain of specialist detectives with government databases at their fingertips.

Thanks to new intelligent technology, this information is now available to everyone.

Half of large APAC businesses affected each year

It’s virtually impossible to calculate the exact cost of financial crime globally. Today only a friction of fraudulent funds are ever identified, and even less are halted or recovered.

According to the United Nations Office on Drugs and Crime (UNODC), “the estimated amount of money laundered globally a year is a staggering sum to the tune of US$800 billion – $2 trillion”.

Equivalent to approximately 2% of the global GDP.

In fact the problem is so prevalent, it is estimated that 1 in 2 large APAC businesses falls victim to fraud, theft, money laundering or other financial crimes per year, according to a 2018 report by Thomson Reuters.1

Why has it been so challenging to identify the UBO?

Sophisticated criminal organisations are increasingly adept at creating global webs of corporate ownership designed to camouflage the flow of activities and the identities of the person(s) ultimately in control.

Around the world, there are different standards for transparency in reporting about the UBO, making cross-border ownership tricky and hard to pinpoint for compliance officers.

In many countries, historically there has been little requirement to make company ownership data available. The lack of publicly accessible information has made it very challenging for regulators to track through the labyrinth of entities in a timely and efficient way.

This is starting to change. There has been a push in recent years by international government organisations such as the G7’s Financial Action Task Force (FATF)  to combat money laundering, terrorism financing and other economic threats.

The US government recently passed the National Defense Authorization Act in 2021, demanding UBO reports to be filed with the US Treasury’s Financial Crimes Enforcement Network (FinCEN).2

According to Transparency International, India has also made ”significant progress by requiring companies to maintain beneficial ownership information in their membership registry”3 in accordance with Principle 1 of the G20 Principles, which requires member countries to adopt effective anti-corruption measures.

On 27 December 2021 in China, a draft document titled “Interim Measures on Information Filing of Ultimate Beneficial Owners of Market Players” was published jointly by the State Administration for Market Regulation of the People’s Republic of China (SAMR) and the People’s bank of China (PBOC). Due to take effect from 1 March 20224 , it was temporarily postponed, however its existence suggests that closer UBO scrutiny is on the cards.

Most recently in Singapore, the Monetary Authority of Singapore (MAS), has issued a law that mandates all registered companies in Singapore to maintain a register of controllers regularly for ‘spot checks’ from the government.

Most large companies now have dedicated cyber-crime resources, with in-house risk teams devising anti-fraud workflows and processes to ensure that their operations are on the lookout for increasingly elaborate schemes.

But it’s not only the top-end of town that pays. With the failure rate of small businesses documented as anywhere between 50-90% within the first five years, the cost implications on the ordinary person of succumbing to fraud should not be underestimated. Often the domain of Mum and Dad style enterprises, the impact of financial loss through no fault of their own can be devastating and has flow-on effects to the broader community.

The elusive nature of these types of activities calls for investigation from smarter, more efficient technology that is an essential tool for fighting the future of financial crime. 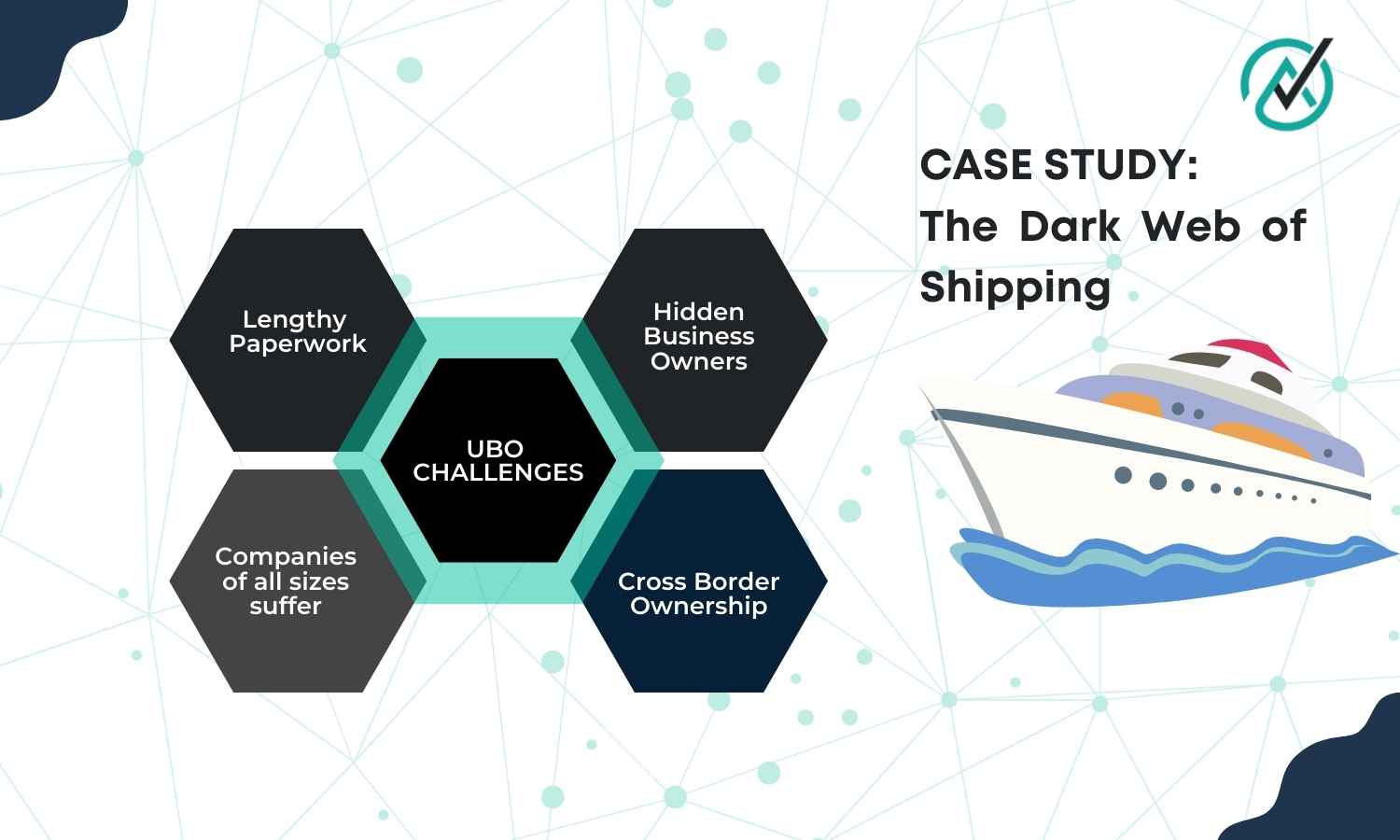 The UBO challenges facing government regulators and criminal prosecutors come in many forms.

Take for example, the recent report by Australia’s ABC News of the mystery surrounding the “sunken, dismantled luxury yacht with no confirmed owner’.5

Sinking into the ocean off the coast of Yeppoon in Queensland in mid-June, after being unable to berth at the nearby marina, the unregistered million-dollar superyacht sparked both an operational and bureaucratic ordeal for officials as they worked to prevent environmental damage and identify the owner.

One person identified was Mr Jamie McIntyre, a Gold Coast local, who acknowledged having been a previous owner but denied having current ties to the boat.

According to the report, “in 2016, a Federal Court judge banned Mr McIntyre from managing corporations for 10 years, after he was found to have run five unlawful managed investment schemes, which cost 152 investors $7 million (AUD)”

Mr McIntyre reportedly told the ABC the boat was now owned by a syndicate, whose members reside mostly outside of Australia.

The story becomes more complicated as details are exposed of Mr McIntyre’s new “influencer and entrepreneur” wife, Nadine Roberts, the company called Boat Syndicate which was registered in Ms Roberts’ name two days prior to the yacht sinking, and the company’s co-director, Alejandro Mendieta Blanco.

Mr Bianco is described by the ABC as a “luxury goods buyer and a self-described ‘Colombian playboy’, who was jailed in 2020 for receiving stolen gold jewellery and a Louis Vuitton handbag.“

The complications don’t end there. The trail of companies and directorships continues, making it very difficult to determine the ownership of the boat, and to recover the costs of cleanup.

This is just one relatively small example of a much larger problem. Mr Ian Bray, the national co-ordinator for the International Transport Workers Federation, was also quoted in the ABC article.

Mr Bray talked to the complications around identifying owners of boats that are registered under shell companies in tax havens.

“When you consider that 90 per cent of the world’s activity regarding trade is dependent on shipping, I think it’s in everybody’s interest that they do pay further attention to it”.

How technology is turning the tide

Just as technology has been used to disrupt so many traditional industries over the last decade, so too is it providing the solution in the world of compliance and financial crime prevention.

The key lies in connecting authoritative government registry information in real-time with smart algorithms and intelligent technologies to accurately map connections and unravel even the most complex ownership structures. Allowing users to automate complex compliance challenges and significantly expedite the process of following the equity path all the way to the ultimate beneficial owner.

AsiaVerify is leading the way.

AsiaVerify is transforming business verification across the Asia Pacific region (APAC), helping businesses overcome the challenges of conducting business across borders, languages and cultures and enter Asian markets with confidence and ease.

AsiaVerify is committed to bringing you the latest in AI powered technology, cutting through bureaucratic red tape and providing instant access to APAC’s most comprehensive business, customer and ultimate beneficial owner verification data, sourced from the most authoritative government registry information across Asia, all fully translated and in real-time.

Want to know more? Speak to one of our multi-lingual regulatory experts, or book your free demo to find out how AsiaVerify can help you enter APAC markets with more confidence and help you manage your compliance challenges.